John Hughes openly identified as gay and was known to his friends as "Skinny John". He lived in the Kings Cross-Potts Point area. At the time of his death in May 1989 he was aged about 45. Mr Hughes was murdered in his own apartment in a particularly graphic manner. He was found with his hands and feet bound with electrical cord and a pillow slip covering his head. There were bruises and lacerations to the back of the head consistent with blows by a blunt object and a belt had been tightened around his neck, ultimately leading to death by asphyxiation. Police identified a suspect who was an associate and sometime flatmate of Mr Hughes and charged him with Mr Hughes's murder. One witness at the trial of that accused claimed that the accused had referred to Mr Hughes as "a faggot" who "deserved to die" and "deserved everything he got". The accused was tried before a jury but he was acquitted and he is now deceased himself. 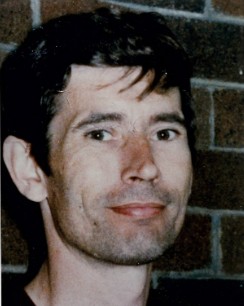